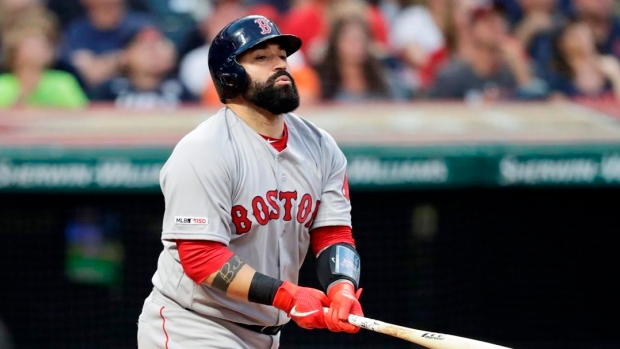 CLEVELAND — The Indians acquired veteran catcher Sandy León in a trade from the Red Sox and agreed to a $2 million, one-year contract.

Cleveland sent minor league right-hander Adenys Bautista to Boston on Monday for the 30-year-old León, who has split his eight-year major league career between Boston and Washington. León batted just .192 last season in 65 games for the Red Sox, but he’s been ranked among the AL’s best defensive catchers.

León had been eligible for salary arbitration. He can earn $25,000 performance bonuses for 75 and 100 starts at catcher.

To make room on their roster, the Indians designated right-hander James Hoyt for assignment.

The club also chose not to tender a 2020 contract for catcher Kevin Plawecki, who last season served as Roberto Pérez’s primary backup — a role that could now go to Léon.