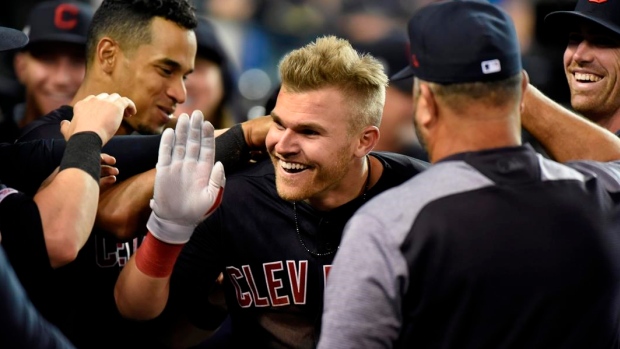 DETROIT — Cleveland's Jake Bauers has hit for the cycle against Detroit.

Bauers doubled in the second inning, then singled and tripled during the Indians' eight-run fourth. He added a two-run homer in the eighth that went an estimated 406 feet to right field.

The 23-year-old Bauers became the first Cleveland player to hit for the cycle since Rajai Davis on July 2, 2016, at Toronto.