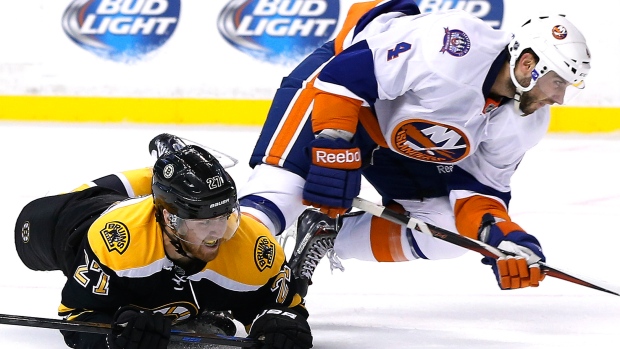 BOSTON - Cal Clutterbuck scored the tiebreaking goal with 3:19 left in the third period, sending the New York Islanders to a 5-3 preseason win over the Boston Bruins on Tuesday night.

Clutterbuck and Okposo each had an assist. Kevin Poulin made 26 saves for New York.

Boston rallied from two goals down to tie it 3-all on goals by defenceman Matt Bartkowski and forward Brad Marchand early in the third. Patrice Bergeron also scored for the Bruins.