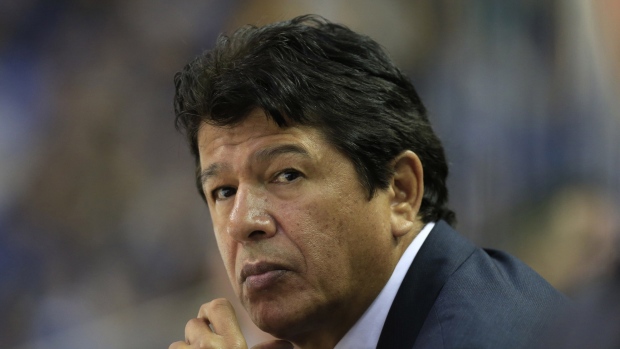 Buffalo Sabres head coach Ted Nolan was pulling no punches after his team managed just 12 shots on goal during a 5-1 home loss to the Anaheim Ducks on Monday afternoon.

"That was like an NHL team playing a pee-wee team," said Nolan, according to a tweet from Buffalo News reporter John Vogl.

In terms of the Sabres' shots on goal - they were outshot 44-12 by the Ducks - Nolan was equally critical.

The Sabres now have three straight losses to begin the season and have been outscored by a combined 14-4 by Columbus, Chicago, and Anaheim. They have surrendered at least 40 shots in each of the losses.