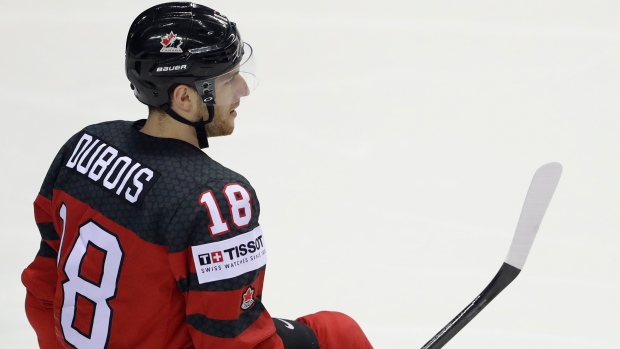 While nothing is set yet, it appears there could be some big names playing for Canada and Team USA at the IIHF World Championship next month.

TSN Hockey Insider Darren Dreger points to the Montreal Canadiens, Winnipeg Jets and Ottawa Senators as teams who could see their players taking part in the event.

"If you look at the Winnipeg Jets, Pierre-Luc Dubois has expressed some interest in playing for Team Canada and the Ottawa Senators have been perhaps the most vocal in acknowledging their interest – that’s Thomas Chabot, Drake Batherson, Connor Brown and maybe… maybe Matt Murray in goal. So, all being sorted out, but Team Canada, Team USA should be strong."

Canadiens goaltender Carey Price said earlier this week that he does not plan to take part in the worlds after making his late-season NHL debut. Suzuki, however, said he would consider playing if asked by Team Canada.

Murray has been sidelined since March 5 with an upper-body injury. The 27-year-old has a 5-12-2 record this season with a 3.05 goals-against average and a save percentage of .906 in 20 games so far this season, his second in Ottawa.

The worlds will take place from May 13-29 in Finland with a 16-team field that includes France and Austria after the Russian Olympic Committee and Belarus were removed last month.