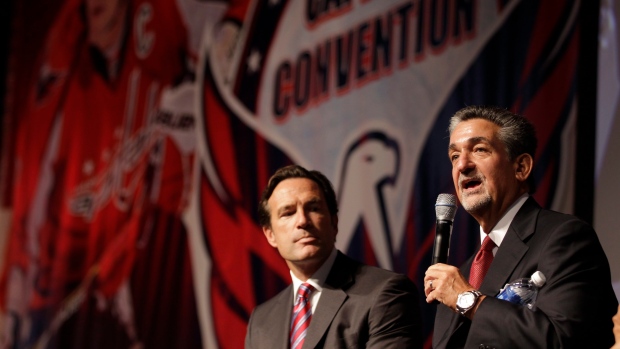 John Collins is leaving his post as the chief operating officer of the National Hockey League.

The NHL confirmed his departure late on Tuesday evening in a release.

“John leaves a lasting mark,” NHL commissioner Gary Bettman said in a release. “His energy, creativity and skill at building strategic partnerships helped drive significant revenue growth for our League. We are grateful for his many contributions and wish him the best in his new endeavours.”

Collins, 53, has been in his role with the NHL since August of 2008, having joined the league in November of 2006. Previously, Collins was an executive with the National Football League.

Collins was instrumental in the NHL's current national TV deals in both the United States and Canada with NBC and Rogers, respectively, and is credited with being the architect behind the annual Winter Classic.

“I’m grateful to Commissioner Bettman for his leadership and friendship over the past nine years," Collins said in a release. "He had a vision for extending the reach of the NHL and supported us completely as we set out to make the game as big as it deserves to be. The NHL’s future is filled with promise and potential and I will admire and cheer the League’s successes to come on the global stage.”

Under Collins, the league has also struck up partnerships with SAP, Adidas, DraftKings, Major League Baseball Advanced Media and GoPro.

The news was first reported by Bloomberg's Scott Soshnick.