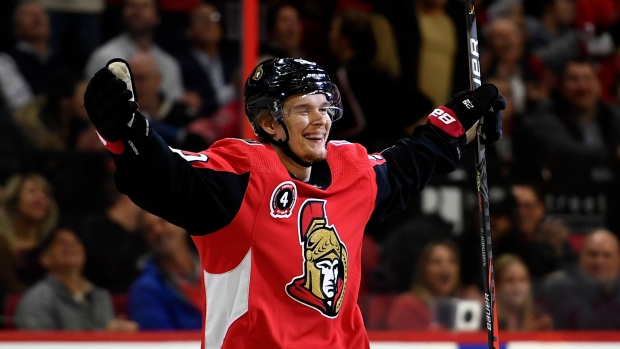 The Colorado Avalanche have acquired forward Vladislav Namestnikov from the Ottawa Senators in exchange for a 2021 fourth-round pick according to TSN Hockey Insider Bob McKenzie.

OTT trades Namestnikov to COL for a fourth-round pick in 2021, per @DarrenDreger

In 54 games for the Senators this season, Namestnikov has recorded 13 goals and 12 assists for 25 points. Namestnikov started the season with the New York Rangers, recording no points in two games.

The 27-year-old Namestnikov has played in 416 games over seven seasons in the NHL, split between the Senators, Rangers, and Tampa Bay Lightning, recording 79 goals and 104 points.

Namestnikov is in the final year of a two-year, $8 million contract, with a salary cap hit of $4 million.