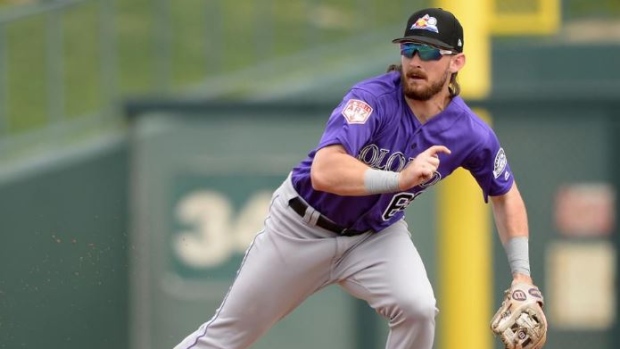 SAN FRANCISCO — The Colorado Rockies have placed infielder Brendan Rodgers on the 10-day injured list with an injured right shoulder.

The team made the move before Tuesday night's game against the San Francisco Giants. Colorado needed a spot on the 25-man roster for starter Chi Chi Gonzalez, who was slated to make his first appearance in the majors since 2016.

Rodgers has an impingement in his shoulder after hurting it on a throw last weekend in Los Angeles during a series against the Dodgers. The move is retroactive to Monday.

Rodgers was recalled from Triple-A last week for his second stint on the active roster. He is hitting .224 with seven RBIs in 25 games.