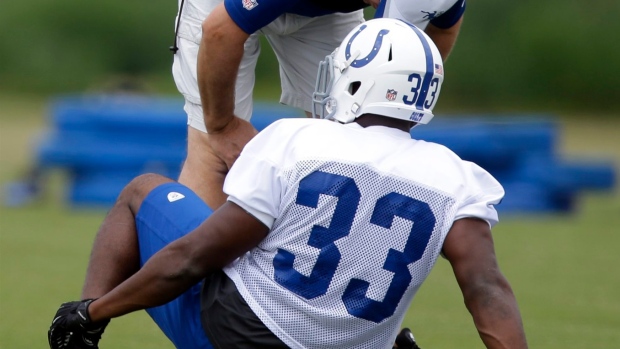 Both moves Sunday were expected, with Mathis and Thomas still recovering from season-ending injuries. Both can be activated any time before the regular season.

Mathis missed the first four games last season for violating the league policy on performance-enhancing substances, and the final 12 after tearing his left Achilles tendon in a private workout during the suspension.

Thomas missed all of last season after tearing his right quadriceps during training camp — the same injury that kept him out of all but two games in 2013.

Two other injured players, linebacker Nate Irving and running back Vick Ballard, were cleared to practice.