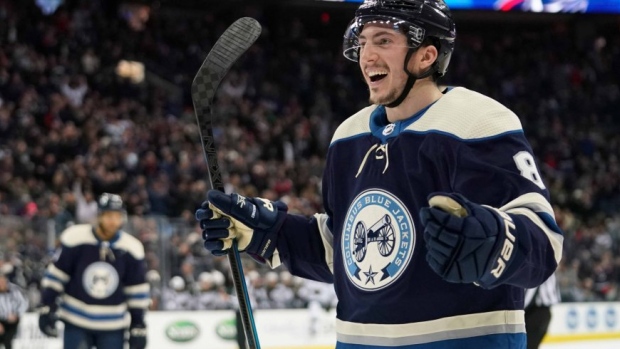 Columbus Blue Jackets defenceman Zach Werenski is expected to miss four weeks due to a shoulder injury suffered in the first period of Saturday's game against the New York Islanders.

Werenski, 22, leads all Blue Jackets defencemen in scoring this season with six goals and 16 points in 26 games.

He was drafted in the first round (eighth overall) by Columbus at the 2015 NHL Draft. Werenski was nominated as a finalist for the Calder Trophy as the NHL's rookie of the year in 2016-17 and played in the 2018 All-Star game.

The Columbus Blue Jackets are seventh in the Metropolitan Division and the wild card race.