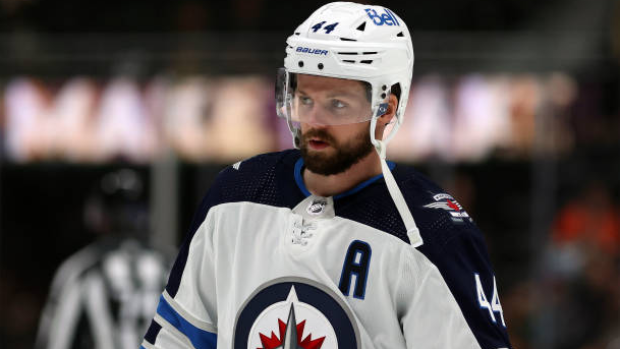 Columbus Blue Jackets forward Max Domi and Winnipeg Jets defenceman Josh Morrissey have been fined $5,000 each, the maximum allowable under the collective bargaining agreement, for their actions during Wednesday's game between the two teams.

Columbus’ Max Domi has been fined $5,000, the maximum allowable under the CBA, for Unsportsmanlike Conduct during last night’s game with the Winnipeg Jets.

Winnipeg’s Josh Morrissey has been fined $5,000, the maximum allowable under the CBA, for Slashing Columbus’ Alexandre Texier.

Domi was fined for unsportsmanlike conduct in Columbus's 3-0 victory over Winnipeg. He was penalized four minutes for roughing at 2:20 of the third period. The 26-year-old has two goals and eight points in seven games for the Blue Jackets this season.

Morrissey was fined for slashing Blue Jackets forward Alexandre Texier after an empty net goal near the end of the third period. He was given a two-minute penalty for slashing. Morrissey has three goals and eight points in 19 games for Winnipeg in 2021-22.