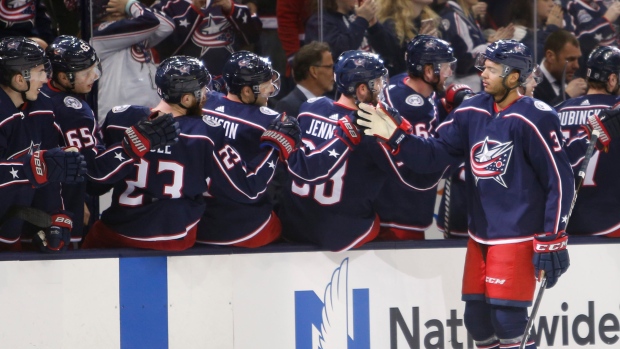 Columbus Blue Jackets defenceman Seth Jones tweeted Sunday he was skating for the first time since sustaining an ankle injury in February.

"Feels nice to be back on the ice after a longggg 8 weeks!" Jones wrote in a tweet accompanied by a video of him stepping onto the ice.

Feels nice to be back on the ice after a longggg 8 weeks! pic.twitter.com/DKM84MLvn9

The 25-year-old was given an eight-to-10 week timeline for recovery after he underwent surgery on his ankle on Feb. 12. He had six goals and 30 points in 56 games prior to the injury and leads the Blue Jackets in average ice time at 25:16 per game.

As he is rehabbing injury, Jones is permitted to use Blue Jackets facilities during the NHL's recommended self-isolation period.