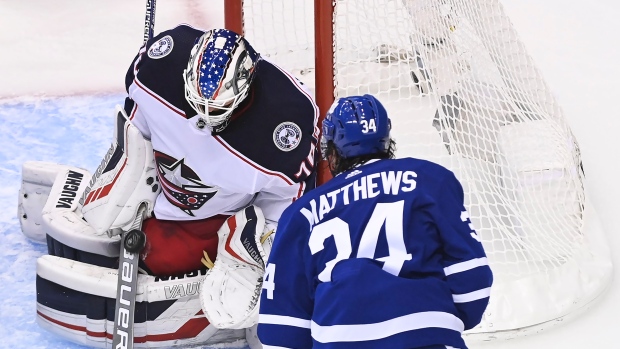 The deal is worth $1.3 million, according to Aaron Portzline of The Athletic.

NEWS: #CBJ have signed goaltender Joonas Korpisalo to a one-year contract extension for the 2022-23 #NHL season.

The Athletic: #CBJ sign G Joonas Korpisalo to a one-year, $1.3 million contract, keeping him off the free agent market this summer.https://t.co/FWmcKF5V6V pic.twitter.com/cTKkD1cHxE

"Joonas has been a consummate pro during his Blue Jackets career and just two years ago was coming of a season in which he was selected to play in the All-Star Game and had a record-setting performance in the Stanley Cup Playoffs," said general manager Jarmo Kekalainen in a news release. "His 2021-22 season was derailed by injury, but we fully believe he will return to form, and are happy that he will continue to be a part of our team."

The 28-year-old posted a 7-11 record with a 4.15 goals-against average and a .877 save percentage over 22 games this past season with the Jackets, his seventh campaign in the NHL with the organization.

The Blue Jackets selected Korpisalo, a native of Finland, in the third-round of the 20212 NHL Entry Draft.