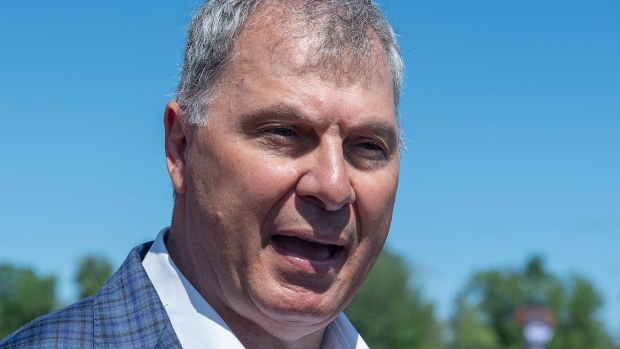 Canadian Football League commissioner Randy Ambrosie released a statement Thursday providing an update as the league continues to assess whether they can play a shortened season in 2020.

Ambrosie said the CFL is assessing both whether it is safe to hold a shortened season this year and whether it is financially viable.

The CFL has postponed the start of the 2020 season until at least September as a result of the COVID-19 pandemic.

Ambrosie acknowledged the players' desire for certainty on the season, and said the league wants to make a decision as soon as possible and that they will be guided by Canada’s Public Health Officers.

Ambrosie also said the league is working with the CFLPA in asking the federal government change the criteria for its wage subsidy program so that our players are fully eligible. He added every member of the CFL's executive team took a voluntary pay cut of at least 20 per cent in April, himself included.