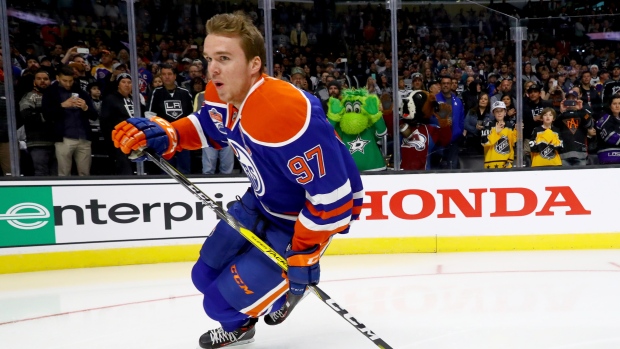 McDavid's "2015 Upper Deck The Cup" rookie hockey card, which includes the Edmonton captain's autograph plus a small scrap of an Oilers jersey, sold for US$55,655 at a recent online auction.

According to a release from vendor PWCC Marketplace, that's the highest sales price ever for a "modern" hockey trading card. To put it in perspective, the card sold for about the same price as a lower-end Porsche.

PWCC defines modern cards as those produced from 1986 to present.