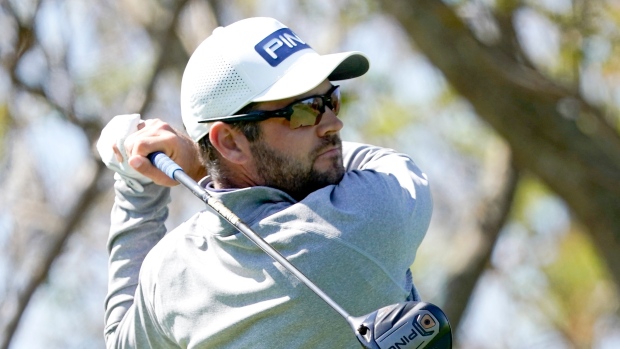 Corey Conners didn’t win the Arnold Palmer Invitational but he will leave with some well-earned experience and the knowledge that his game is ready for another victory.

Conners’ final-round, two-over 74 in windy conditions was good enough for third place behind winner Bryson DeChambeau and runner-up Lee Westwood. It was his best finish since he won the 2019 Valero Texas Open, his lone PGA Tour win in his brief career.

Unlike the first three rounds, Conners wasn’t able to utilize his putter to buttress the rest of his solid game.

“I made some nice saves at the start of the round,” said Conners, “just didn't get the putts to fall today. The greens were rolling really fast, ball seemed to never stop.”

The 29-year-old rolled in an eight-footer at the first hole to save par and made a nine-foot putt on the third for another par. But on the seventh, a putt from two and a half feet slipped past the edge for a bogey as did a four-footer on the ninth hole, leading to a two-over front nine.

He made his first birdie of the day on the 11th hole after nearly dunking his approach shot. After a bogey on the 15th that left him three back of the lead, he eagled the 16th for the third time in the week to climb into a tie for second with Westwood, a shot behind.

But bogeys on the final two holes snuffed out any opportunity for his second win.

“I didn't really look at the boards too much throughout the day,” admitted Conners. “I just wanted to stick to my game plan and knew that you couldn't really force anything out there, because that's where you get your self into trouble. But I knew at that point that I was pretty close and tried to give myself a good chance on that last couple.”

Conners earned $641,700 for his efforts and will move into 44th in the Official World Golf Ranking, passing Mackenzie Hughes as the top Canadian. But perhaps the bigger takeaway was how he played while in contention. After joining the PGA Tour in 2018, the Kent State graduate found himself near the top of the leaderboard on several occasions and understandably showed some nerves as he battled to get a win. Even in his Texas victory, Conners admitted to a few nervous moments. But at Bay Hill, he seemed calm and at ease, even in the harsh conditions. Despite trailing, he never tried to force shots and take on too much risk, clearly a sign of maturity.

“A lot of positive things,” Conners said when asked what he’ll take from the week. “I struck the ball really well, I was really patient, I felt confident about my game, so really excited where things are at heading into next week.”

Next week is the Players Championship, which will mark one year since the pandemic shut down the PGA Tour for three months. Conners will join fellow Canadians Hughes, Nick Taylor and Adam Hadwin in the field.