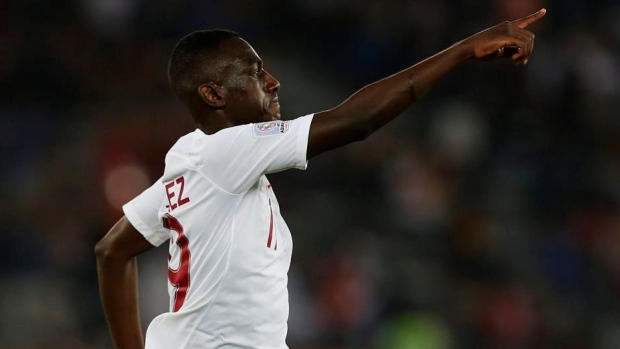 The Court of Arbitration for Sport said Tuesday it will hear the UAE's appeal on March 12 in a case that alleges Qatar fielded two ineligible players at the tournament. The Asian Cup was hosted by the UAE during an ongoing diplomatic rift with neighbouring Qatar, which will stage the next World Cup in 2022.

A verdict by CAS judges is likely at least several weeks after the hearing in Lausanne, Switzerland.

The ruling could strip Qatar of its biggest success in world soccer, affect key young players in its World Cup planning, and see the UAE inflict an embarrassing loss on a regional political rival.

The UAE filed a complaint with the Asian Football Confederation after a 4-0 loss to Qatar in the Asian Cup semifinals in Abu Dhabi last January.

When an ineligible player case is proven, AFC rules say a team must forfeit the game.

UAE officials have appealed to CAS against the Qatar Football Association and the AFC, whose appeal committee also later dismissed the claims of wrongfully submitted documents.

The UAE alleges Qatar’s star forward Almoez Ali and defender Bassam Al-Rawi were not born there and did not meet FIFA nationality requirements to represent the country.

FIFA’s statutes say players can acquire a nationality if they have “lived continuously for at least five years after reaching the age of 18 on the territory of the relevant association.”

Both Ali, who turned 23 since the Asian Cup ended, and Al-Rawi, who is now aged 22, seemed not to meet the five-year residency rule.

However, both reportedly claimed their mothers were born in Qatar — meeting FIFA’s national eligibility standard if a parent or grandparent is born on a territory.

Ali scored against the UAE, and again in the final, for a tournament-leading nine goals. Al-Rawi was suspended for the semifinal but returned to play against Japan.

They are also club teammates at Al-Duhail, runner-up in the Qatari league last season, and fellow graduates of the state-of-the-art Aspire youth academy in Doha which has educated many players born outside of Qatar.

The latest appeal extends difficulties between the soccer neighbours which showed in a heated semifinals game played 20 months into an economic and travel boycott of Qatar by regional political rivals.

After Qatar took a 2-0 lead in Mohammed bin Zayed Stadium — named for the UAE crown prince — players celebrating the goal had to dodge shoes thrown by some spectators.

The UAE soccer body was later fined $150,000 by the AFC for the fans' misconduct, including the shoe-throwing and disrespecting the Qatari anthem.

The teams met again in Doha five weeks ago, when the UAE and Saudi Arabia agreed to travel to Qatar to play in the Arabian Gulf Cup, won by Bahrain. Qatar beat the UAE 4-2 in a group-stage game.