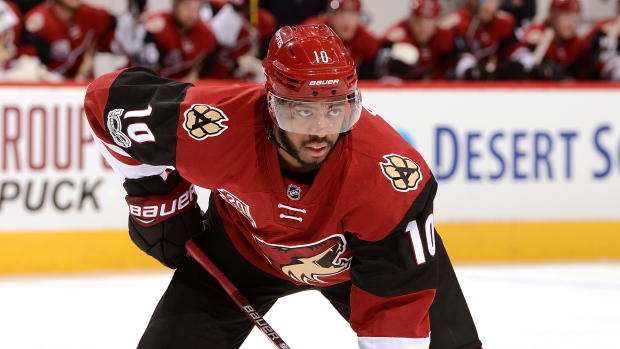 In an attempt to spark struggling forward Anthony Duclair, the Arizona Coyotes have assigned the 21-year-old to the AHL's Tucson Roadrunners.

Duclair scored 20 goals and added 24 assists in the 81 games last season, his first with the Coyotes.

However, the Pointe-Claire, QC. native has struggled in 41 games this season, scoring just three goals and a total of nine points. His shooting percentage has dropped from 19 per cent to five per cent.

"Anthony is a good young player," Chayka said in a release. "Unfortunately, he has struggled this season. We felt this was a good time to send him to Tucson to work on a few things and hopefully regain his scoring touch.

"We hope to have him rejoin our team soon."

Duclair, a third-round pick in 2015, was acquired by the Coyotes on Trade Deadline day in 2015 in the deal which sent Keith Yandle to the New York Rangers.