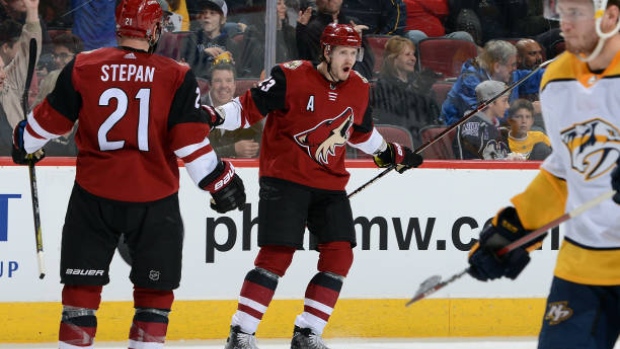 Oliver Ekman-Larsson and the Arizona Coyotes have officially announced an eight-year contract extension.

The Swede has maintained his status as a reliable defender for the Arizona Coyotes. Ekman-Larsson is relatively dependable, playing in over 75 games five years in a row. He scored 14 goals and recorded 42 points in 82 games for the Coyotes this past season and led the team by playing an average of 23:41 per game.

The 26-year old was drafted in the first round (No. 6 overall) of the 2009 NHL Entry Draft by the Coyotes. Ekman-Larsson has played eight seasons in the National Hockey League, recording 290 points in 576 career games.