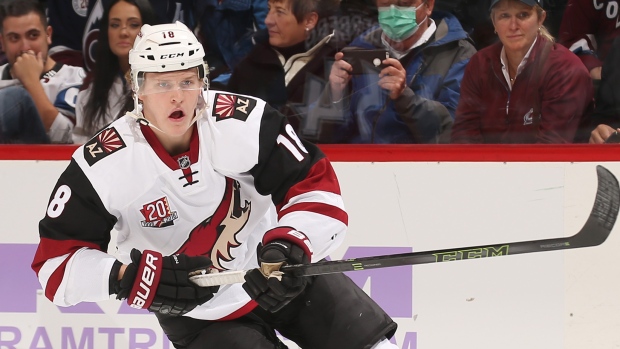 The Arizona Coyotes announced on a Friday that the team has signed centre Christian Dvorak to a six-year extension.

The extension kicks in beginning with the 2019-20 season.

A native of Palos, Ill., the 22-year-old Dvorak appeared in 78 games a season ago, scoring 15 goals and adding 22 assists.

"We are very pleased to sign Christian to a long-term contract," Coyotes general manager John Chayka said in a statement. "Christian is a highly skilled, reliable, two-way center who continues to improve each season.  He will be a key player for us in the future and we are thrilled to have him with us for the next seven seasons."

Originally taken by the Coyotes in the second round of the 2014 NHL Entry Draft out of the Ontario Hockey League's London Knights, Dvorak is heading into his third NHL season.

"I am very happy to sign a long-term contract with the Coyotes," Dvorak said in a statement. "We have a great young team with a bright future and I love living and playing in the Valley. I'm excited to be a Coyote for the next seven years."