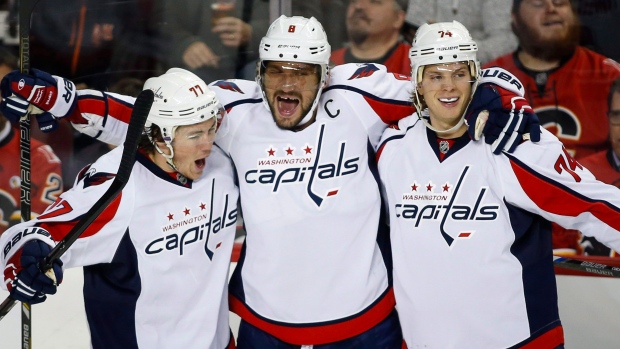 There is a lot of debate and discussion about the state of scoring in the NHL. Enlarging the nets would represent a sea change for the league, and is most likely a last resort. The goaltending equipment is being targeted for reduction. What other elements could be introduced, or in some cases re-introduced, to help reinvigorate offence? Here is a look at five changes that could have a positive influence:

1. Penalties should be served in their entirety

On November 5, 1955, Jean Beliveau scored three goals in 44 seconds versus the Boston Bruins — all on the same power play. The Montreal Canadiens were so successful as a team on the power play that the NHL modified the rule at the conclusion of that season, allowing teams only one goal on a two-minute penalty. Forcing teams to serve the full two minutes of a penalty — regardless of how many goals are scored — could have positive effects in multiple areas. It would give teams more scoring opportunities while also forcing players to be more cautious about taking penalties at even strength because of the possibility of severe consequences on the scoreboard.

When playing at even strength, icing the puck comes with the consequence of a faceoff in your defensive zone and the inability to change players if you are the defensive team. But if you get penalized you are allowed to ice the puck with impunity. This is illogical on many levels. The league should eliminate the ability of the penalty-killing team to ice the puck by treating it like a delay of game penalty that is called when the puck is shot over the glass. Make it a two-minute penalty. It’s harsh, but the advantages that would accrue from the rule change would surely benefit offensive numbers.

The point of the tag-up offside rule is largely to keep the game moving along. I understand that concept, but it eliminates large portions of neutral-zone play where a team with the puck and in trouble can alleviate pressure by sending the puck back into the offensive zone. More turnovers in the neutral zone would lead to more offensive chances. My suggestion: an immediate whistle and faceoff in the offending team’s zone with no change of players allowed.

I will jump on the Scott Bowman bandwagon to introduce a line that goes across the top of the faceoff circles in the end zones, much like the free play line in ringette. Under the legendary coach’s plan, teams would have to gain that line before the red line is eliminated for purposes of an off-side pass. Forcing teams to move past that line before firing the puck up ice creates more opportunity for turnovers and allows teams to keep applying pressure in the offensive zone with the goal of producing more scoring opportunities.

This is a tricky proposition, but the proliferation of shot blocking is hindering attempts to score. Like the goaltenders, skaters’ equipment should be modified so that it doesn’t decrease from protection but also can’t be an added advantage. The rule tweak: If a player goes down on one leg or leaves his feet to block a shot, a minor penalty would be applied. It’s not just the shot blocking that’s hindering offensive opportunities, it’s also the threat of shot blocking that prevents even the attempt in so many instances.

These ideas might be viewed as extreme in some cases, but the NHL made significant rule modifications beginning with the 2005-06 season that enhanced the game for everybody. It’s time we look at more ideas and modifications that can enhance the game and see more offence.