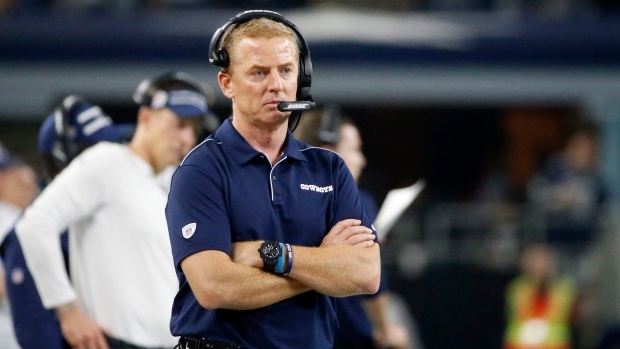 Dallas Cowboys owner Jerry Jones confirmed Tuesday that head coach Jason Garrett will be retained for the remainder of the season, but his future beyond that remains unclear.

Speaking to 105.3 The Fan in Dallas, Jones called Garrett "a good coach" and "one of the smartest coaches," and said he believes Garrett will be a head coach next season, though he didn’t say that would be in Dallas.

“In my opinion, Jason Garrett will be coaching in the NFL next year,” Jones said.

Jerry Jones on @1053thefan said he’s seen list of rumored candidates to be the Cowboys’ coach in 2020, “but they can’t guarantee me or my fans a Super Bowl.” Believes Garrett has skill set to lead a team there. “In my opinion, Jason Garrett will be coaching in the NFL next year.”

The Cowboys, who dropped to 6-6 with last week's loss to the Buffalo Bills, still hold a one-game lead over Philadelphia Eagles for first place in the NFC East.

Jones said after the team's loss to the New England Patriots in Week 12 that he "shouldn’t be this frustrated,” given the makeup of his roster, but appeared to back Garrett after Thursday's loss to the Bills.

He reiterated Tuesday that he believes the Cowboys can reach Super Bowl LIV, despite their record to date.

“I look at our team with our skillset and I look at other teams with theirs, and there’s nothing in my mind that jumps out at me that we can’t be playing well enough to take it to the house,” Jones said.

The Cowboys will visit the Chicago Bears (also 6-6) on Thursday night, while the Eagles will host the New York Giants on Monday.