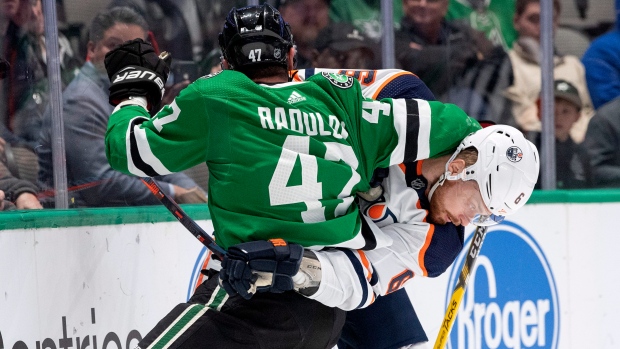 Radulov out tonight with lower body injury. Dowling will come in and center top line. Rick Bowness said other lines would be shuffled, but wouldn't expound. Fedun in on defense for Polak.

Radulov had one goal and one assist as the Stars won in overtime Thursday night against the Tampa Bay Lightning.

In 35 games so far this season, the 33-year-old has 10 goals and 14 assists for a total of 24 points. This is his third season with the Stars after spending 2016-17 with the Montreal Canadiens.

Following their tilt with the Panthers, Dallas will be back in action on Sunday at home against the Calgary Flames.