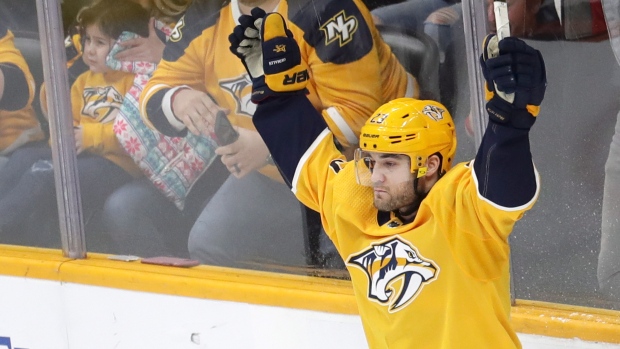 Comeau, 35, has one goal in six games this season for the Stars. A veteran of 909 career NHL games, he has 141 goals and 303 points split between the New York Islanders, Calgary Flames, Columbus Blue Jackets, Pittsburgh Penguins, Colorado Avalanche and Stars. He is currently playing on a one-year, $1 million contract.

Grimaldi, 28, has zero points in five games for the Predators this season. He is in the second year of a two-year, $4 million deal with a $2 million AAV.