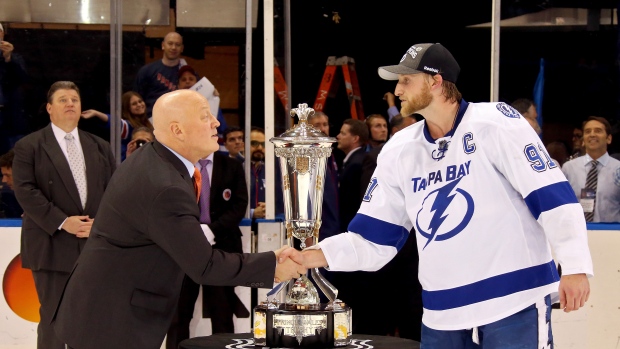 The NHL quickly put the kibosh on a vague relocation rumour on Wednesday afternoon.

File this under rumor.... NHL relocation around the end of June.

With arena projects either underway or completed in Las Vegas, Quebec City, Seattle and Kansas City, there are no shortage of cities that have shown interest in bringing in an NHL franchise, but there are few teams that might even consider relocating.

The Arizona Coyotes have been in the midst of a maelstrom of relocation rumors for the last several years, but with new ownership led by Andrew Barroway, the spectre of a move has diminished greatly in recent days.

While empty seats outnumber fans at the BB&T Center in Sunrise, Florida on a regular basis, Panthers owner Vincent Viola is committed to keeping the team in the Miami area.

Even with the rumour as nebulous as it is, NHL deputy commissioner Bill Daly threw cold water on it.

"There is absolutely no truth to speculation that any NHL franchise is currently considering relocation," Daly said on Wednesday afternoon. "The League and its franchises have never been more stable.  There has been no discussion whatsoever regarding a potential relocation and there is a zero percent chance that any franchise will be moved prior to the start of the 2015/16 season."