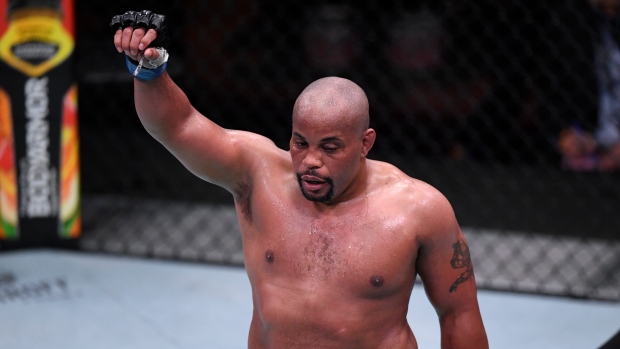 Daniel Cormier maintained before UFC 252 that Saturday’s main event fight against Stipe Miocic would be his last Mixed Martial Arts bout and after the loss, the former two-division champion confirmed his intention to retire.

"I'm not interested in fighting for anything but titles. I don't imagine there's going to be a title in the future, so that will be it for me," Cormier said during his post-fight interview. "I've had a long run. It's been great. I just fought my last fight for a heavyweight championship. It was a pretty good fight.

Cormier became just the second fighter in UFC history to hold two belts simultaneously when he defeated Miocic for the heavyweight title at UFC 226.

He would also successfully defend the belt at UFC 230 against Derrick Lewis to become the first two-division champion to retain one belt while still holding both.

Prior to his success at heavyweight in the UFC, the 41-year-old captured the vacant light heavyweight title with a victory over Anthony Johnson at UFC 187.

He defended the 205 lbs belt three times before relinquishing it after capturing and defending the heavyweight belt.

The pair first met at UFC 182 with Jones retaining the belt with a unanimous decision victory.

In the rematch, with Cormier as the light heavyweight champion, Jones would prevail again, this time via third-round KO. However, the result would be overturned into a no-contest after Jones failed a drug test for the steroid metabolite turinabol.

Cormier would be reinstated as the champion.

The Lafayette, Louisiana native also represented the USA at the 2004 Olympics in Freestyle Wrestling.

Cormier leaves the sport with a 22-3 record with one no-contest.