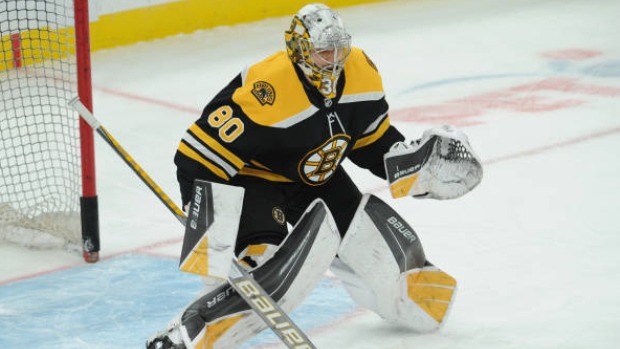 The Boston Bruins have traded goaltender Daniel Vladar to the Calgary Flames in exchange for a 2022 third-round pick, it was announced Wednesday.

The #NHLBruins have traded goalie Daniel Vladar to Calgary in exchange for a 2022 third-round pick. pic.twitter.com/hthRZOZzhc

BOS signed Ullmark because Rask, currently UFA, recently underwent hip surgery and recovery time is five to six months. When healthy, Rask may be interested in returning to BOS, and door may still be open for that, but what if Rask can’t or didn’t want to return? Hence Ullmark.