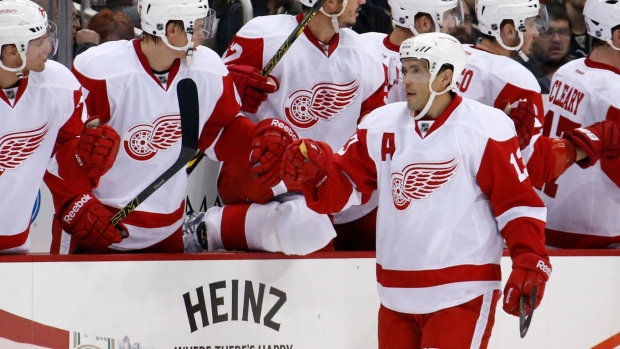 DETROIT - Pavel Datsyuk had surgery on his right ankle and is expected to be re-evaluated in three months.

The Detroit Red Wings confirmed Datsyuk's operation Friday, saying it was to repair ruptured tendons in the ankle.

The Red Wings still depend on Datsyuk and Henrik Zetterberg for veteran leadership and offensive production, but the team has added younger talent like Gustav Nyquist and Tomas Tatar in recent years, and Detroit will have a new coach next season in Jeff Blashill, who took over after Mike Babcock left this off-season.

The three-month timetable before Datsyuk is re-evaluated would put him right up against the start of next season. The Red Wings open their preseason schedule at Chicago on Sept. 22, and their first regular-season game is Oct. 9 — at home against Babcock and the Toronto Maple Leafs.