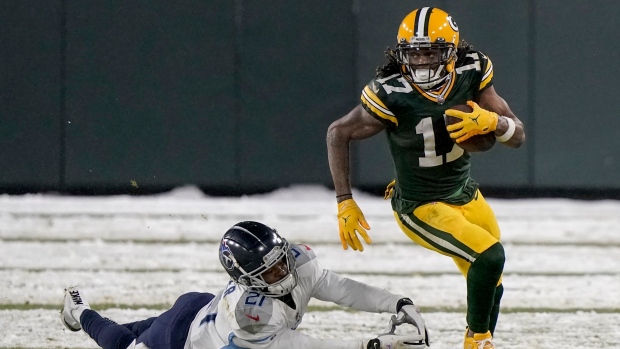 The Green Bay Packers and star wide receiver Davante Adams have broken off long-term contract extension talks, with no current plan to resume, according to a report by Ian Rapoport of NFL Network.

It’s not just Aaron Rodgers: The #Packers and star WR Davante Adams have broken off long-term extension talks. There are no current plans to resume them. The two sides have been negotiating for months, but they are now in a bad place, sources say. First the QB, now the No. 1 WR.

The report states that the sides have been negotiating for months, but are now in a bad place.

This comes on the heels of the trouble the Packers are already dealing with in regards to disgruntled MVP quarterback Aaron Rodgers.

Adams is entering the final year of his contract with the Packers.

The Redwood City, California native has 62 career touchdowns in 100 games with the Packers and has been selected to the Pro Bowl four times.