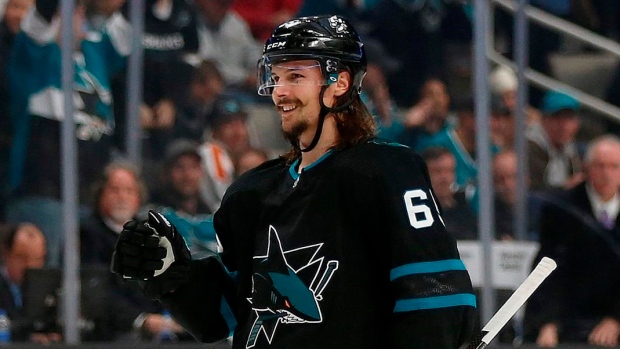 As he gets set to become an unrestricted free agent as of July 1, defenceman Erik Karlsson thanked the San Jose Sharks and their fans on Twitter Friday.

Thank you to the entire @SanJoseSharks organization, fans, and especially teammates. It was a great run that ended too early. But lots of great memories where created. The entire Bay Area has been nothing but classy and respectful to me and my family. Thank you.

"Thank you to the entire San Jose Sharks organization, fans, and especially teammates. It was a great run that ended too early. But lots of great memories where created. The entire Bay Area has been nothing but classy and respectful to me and my family. Thank you," Karlsson tweeted.

The tweet comes on the heels of Karlsson saying Thursday that he expects to test the free agent market this summer for the first time in his career.

While questions swirl about the two-time Norris Trophy winner's future, there are some questions about his health as well. Karlsson battled a groin injury throughout the playoffs and missed the team's season-ending loss to the St. Louis Blues in Game 6 of the Western Conference Final earlier this week.

He said Thursday it's still up in the air whether or not he will need surgery.

“Not sure yet. We’re still in that process,” Karlsson said. “That’s why I can’t really say, because I don’t really know myself. All I know is it’s not going to be anything that will be a problem moving forward. I’m going to be able to have a normal summer with training and everything and getting ready. That’s great.

"It's just unfortunate it happened when it did."

The 28-year-old was acquired by the Sharks in September and tallied 45 points (three goals, 42 assists) in 53 games this season, his first with San Jose.

He is one of several Sharks who can hit the open market this summer in addition to Joe Thornton, Joe Pavelski, Gustav Nyquist and Joonas Donskoi, among others.