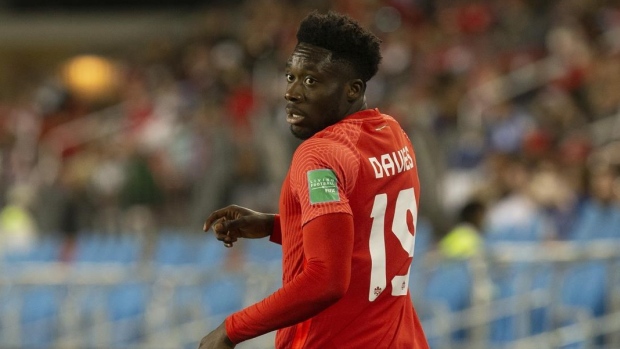 As Canada becomes a more diverse sports-watching nation, the types of athletes fans view as likable and marketable has started to shift.

Over the past few years, Canada has won gold in Olympic women’s soccer, punched its ticket to the 2022 World Cup, the Toronto Raptors have won the NBA championship, and Denis Shapovalov, Bianca Andreescu, Leylah Annie Fernandez and Felix Auger-Aliassime have become household names in tennis. On top of that, swimmer Penny Oleksiak has won seven Olympic medals while sprinter Andre De Grasse took home three medals at the 2021 Tokyo Games.

Because of that success, a country that once looked primarily at hockey players as its biggest stars is starting to see athletes from a variety of sports as being just as marketable. According to a recent TSN/IMI International study of the top 50 most marketable active Canadian-born athletes within the country, 19 were NHLers.

Mayo emphasized that hockey remains prevalent, but acknowledged that had the survey been done five years ago, there likely would have been more hockey players in the top 50.

“If I had to speculate, five or 10 years ago, there would probably be 23 [hockey players in the survey],” Mayo said. “[It’s] because of the rise of other sports.”

IMI International purchased consumer information from Dynata, a global data and survey firm, and then canvassed more than 112,000 respondents in 150 countries across North America, Europe and Asia.

The survey was conducted between September and November of 2021. Each respondent answered 14 questions about one particular athlete. The questions included if the respondent was aware of who the athlete was and if they wanted to meet them in person or engage with them on social media.

Hockey has always had some inherent challenges compared to those other sports. Players are less physically visible during game play because of their equipment, and the sport’s team-centric nature can make it tougher for players to showcase their individuality. To reach the newer generation of fans, the NHL has started to market its players’ personalities more.

“Globally, fans are looking for that one-to-one connection with athletes,” said Heidi Browning, the National Hockey League’s chief marketing officer. “It’s just as true in Canada as elsewhere. It’s easy to market a tennis player because tennis is not a team, it’s an individual-based sport. We want to give fans what they want, so you’re now seeing so many of our teams sharing content that’s exclusive, behind-the-scenes, never-been-seen-before with players to showcase their personality.”

Hockey is also less culturally diverse and can be more expensive than other activities, which can make it challenging to appeal to some segments of the population. The NHL has made efforts to make the sport more accessible, including creating learn-to-play initiatives and the recent launch of a new street hockey program to get more people playing.

“We do recognize that not every kid is going to have the wherewithal to skate on ice,” Browning said. “Beyond that, our focus is to grow our fandom, especially among female and multicultural audiences. We know that Generation Z [10- to 25-year-olds] is the most diverse generation of our lifetime and is a majority non-white [generation], so for us to grow and evolve our sport and continue to be relevant, we need to continue to evolve and meet the needs of our future fanbase.”

Gagnon observed that a lot of the marketing of NHLers is done by their partners.

“In Montreal, we have Angela Price and Julie Petry [the partners of Carey Price and Jeff Petry, respectively], and they share lots of Instagram stories of their houses and kids,” he said.

“Sometimes in those stories, we see Nick Suzuki at Jeff Petry’s place or Jake Evans there. We wouldn’t know that these young players have such great relationships with Jeff and are at his house, if not for Julie.”

“[Gallagher] does a really nice job on TikTok of showing personality, connecting it to other sports, and this is a chance for us to connect with fans who otherwise wouldn’t watch hockey and them to know our players,” Browning said. “Toffoli is also really good…[Joseph] has such a personality and he’s on all of the platforms, TikTok, Instagram, and Twitter. He’s going to be one to watch. He’s got such a fun personality, he pranks teammates, and gives the fans exactly what they want.”

De Grasse, who has a total of six Olympic medals in his career, has a diverse marketing portfolio that includes deals with GoDaddy, Visa, and Cheerios.

“We try to find brands that can promote different aspects of his personality,” said Brian Levine, De Grasse’s marketing manager and the founder of Envision Sports and Entertainment in Toronto.

“You’ve got Gatorade, which is obviously all about performance and hydration, and it’s a real strong, blue-chip brand like how once you’re in a Gatorade ad, you’re a big-time athlete. Puma, same thing…He loves to sleep, he covets his sleep, so Endy makes perfect sense.”

There was a pivotal point early in his career when De Grasse realized which types of companies he would partner with. A luxury goods company had approached Levine with an offer, but De Grasse was not sold.

“It was a really important moment in how he defined his brand,” Levine said. “I remember him saying, ‘At the end of the day, if most of my friends and people I know can’t afford to shop at that store, then am I really going to endorse that brand?’”

The marketing landscape these days is diverse. Social media is constantly evolving, with platforms, algorithms, and formats regularly changing – which in turn leads to marketing campaigns evolving – but Levine still believes in the traditional approach.

“The rise of influencer marketing on social media has been great in some ways, where athletes have more opportunities than ever,” Levine said. “But I say that some brands are, dare I say, overinvesting in a very narrow pillar of the marketing mix. They’re missing out on creating a great TV spot or a great digital spot because they’re leaving it to the athletes to do themselves.”

When they watch a De Grasse ad, fans immediately get a sense of his personality and sense of humour. It’s that connection, Browning said, that NHLers must embrace if they want the game to continue to evolve.

“It’s important for the growth of the sport that you’re allowed to, if you want to, showcase your personality off the ice,” she said.