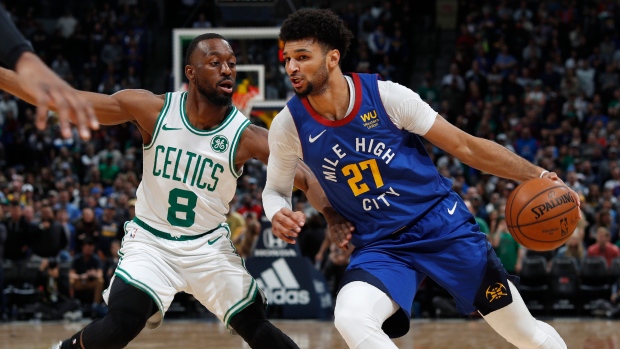 The Denver Nuggets star guard said he's committed to playing for Canada this summer, a big boost for a program that has struggled to secure its NBA talent.

"Playing for my country is always an honour and I want to take the step and leadership role to commit to @canadabasketball this summer," Murray tweeted on Tuesday. "I want to play my part to help push our team into the Olympics and compete at the highest world stage. Let's go Canada."

Coming off a disappointing summer that saw Cory Joseph and Khem Birch as Canada's only NBA players at the World Cup in China, it was hoped that Murray's commitment could set the tone for other big names to follow. And it did, with Oklahoma City Thunder guard Shai Gilgeous-Alexander and New Orleans Pelicans guard Nickeil Alexander-Walker confirming their participation via Twitter later Tuesday.

"I've known and made a promise to myself that representing my country is something I will continue to do and as my bro @BeMore27 publicly announced his commitment, I too will be there to do my best to help @CanBball get to Tokyo!," Gilgeous-Alexander tweeted.

Alexander-Walker, who is cousins with Gilgeous-Alexander, tweeted: "Excited to announce that I’ll be playing for @CanBball this summer. Blessed to be able to represent my country and compete against the best in the world. It’s been a dream of mine since I was a kid growing up in Toronto. #WeAreTeamCanada."

Memphis swingman Dillon Brooks and Dallas forward Dwight Powell have both said they hope to suit up for the national team this summer.

The news comes the day before Canada was to learn its five opponents for the six-country last-chance qualifying tournament in Victoria on June 23-28. The Canadians must win the tournament to earn a trip to Tokyo in what would be the team's first Olympic appearance since the 2000 Sydney Games.

"It's always good when you have somebody as forthcoming as (Murray) is about playing for his country," Barrett said.

Murray is having an excellent NBA season averaging 18.9 points a night and averaging 36.5 per cent from three-point range.

The 22-year-old shone for Canada's men's team in its silver-medal performance at the 2015 Pan American Games, but has bowed out of national team duty since then for various reasons including an ankle injury suffered in August.

Canada's lack of NBA players was a storyline of last summer's World Cup in China. Weeks after guiding the Toronto Raptors to an NBA championship, Nick Nurse was hired as Canada's head coach. The squad was expected to be among the best Canadian teams ever assembled. Canada could have booked an automatic Olympic berth with a top-seven finish.

But Joseph and Birch were the lone NBA players to make the trip as one after another Canada's stars pulled out. The Canadians went 2-3 to finish 21st.

Asked about hosting the qualifying tournament in Victoria, Birch said recently: "I feel like now it's no excuses."

"Guys don't need to worry about going across the continent, across the sea or anything," the Orlando forward added. "Now you can just stay home and just play."

RJ Barrett, who is in Toronto on Wednesday when his New York Knicks play the Raptors, could be the next Canadian standout to commit.