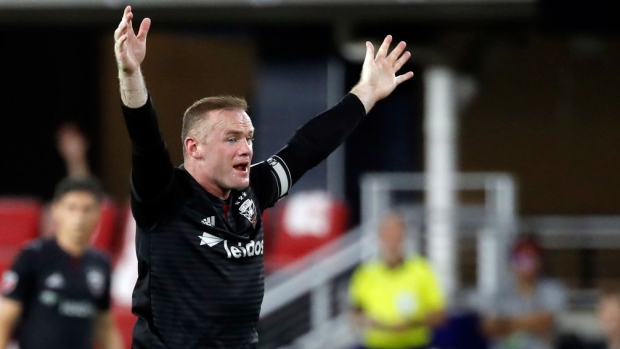 DERBY, England — Wayne Rooney will return to England as player-coach at second-tier side Derby County in January and leave DC United once the MLS season comes to an end.

DC United announced the decision Monday, citing that Rooney wanted to be closer to his family.

"l remain fully focused on giving my all for the team for the rest of this season and repaying the support shown by the Black-and-Red faithful by hopefully delivering an MLS Cup to Audi Field," Rooney, said in a team release. "My time in Major League Soccer is something I will always be proud of. The supporters in the Screaming Eagles, Barra Brava and District Ultras have made my time in America so enjoyable.

"While the decision to move home was a tough one, family is everything to us and we make this change to be closer to the ones we love back in England. The opportunity to go back home and start the next step of my career in coaching was the factor that made my mind up. I would like to thank everyone at D.C. United for the incredible support my family and I have received over my two seasons at the club."

Derby owner Mel Morris told reporters outside the team's ground in northern England on Tuesday that "we are confident" of signing the 33-year-old former England captain, who flew in from Washington overnight.

Morris told broadcaster Sky Sports "we heard Wayne was obviously looking to come back to the U.K."

The MLS season ends by November.

Morris says "he wants to finish the season there. ... He will join in January if we can get the deal done."

Rooney, who is the record goal scorer for Manchester United and England, joined DC United from Everton in 2018. The striker retired from international duty in 2017.