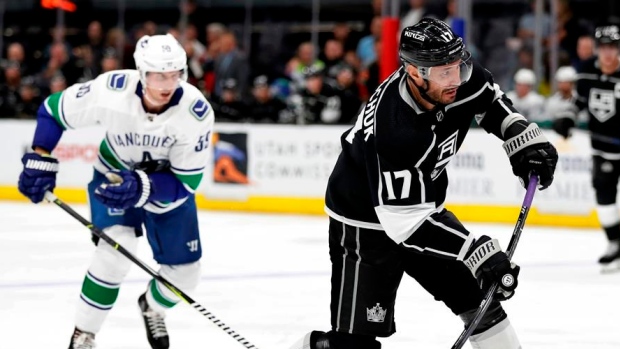 Ilya Kovalchuk has cooled off after a strong start in his return to the NHL, and is now in the midst of a six-game point drought.

Prior to his current skid, Kovalchuk posted five goals and 14 points in his first 14 games back in the league after a five-year stint in the KHL.

The 35-year-old saw a season-low 12:47 of ice time in Monday's win over the St. Louis Blues and has just two shifts in the third period. Kings interim head coach Willie Desjardins said Tuesday he believes Kovalchuk has slowed to due to the Kings drawing a lack of power plays.

“I think we’ve got to find a place,” Desjardins said, per the Los Angeles Times. “I don’t think he’s performed the way he wants to. He’s kind of a power-play specialist a little bit and we’re not getting any power plays, so it’s kind of hurting his chances. We’ll try him out probably with [Adrian] Kempe here and see how that line goes.”

Kovalchuk is averaging 18:18 of ice time per game this season, though he's topped that total just twice in the seven games since Desjardins took over behind the bench.

Despite the point drought, Kovalchuk remains the Kings leading scorer this season, though he sits second last on the team at minus-10 on the year.