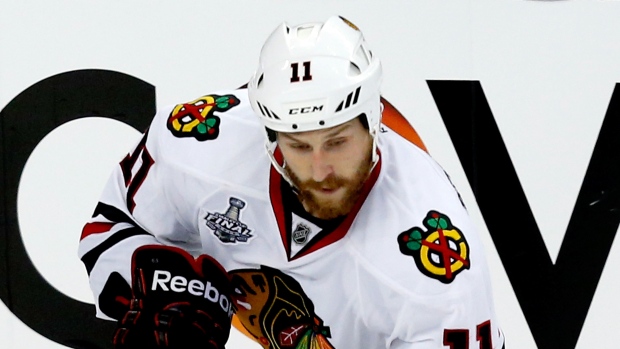 CHICAGO - Forward Andrew Desjardins has agreed to a two-year contract with the Stanley Cup-winning Chicago Blackhawks.

Acquired from San Jose before the trade deadline, he became an important part of the fourth line and helped Chicago win its third Stanley Cup in six seasons.

He had a career-high five goals in 69 regular-season games between the Sharks and Blackhawks and had a goal and three assists in the playoffs.

The signing was announced on Friday.