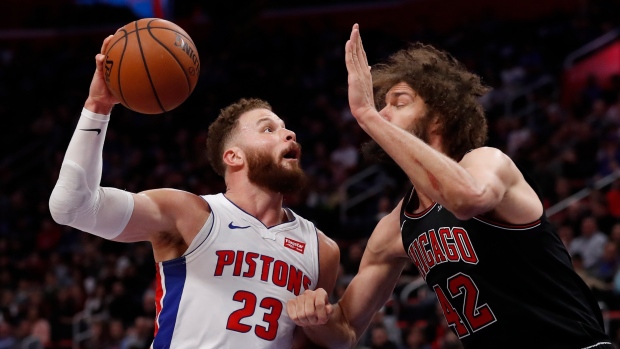 The Detroit Pistons will begin their season without Blake Griffin.

The club announced on Tuesday that the 30-year-old big man will be out of action with left hamstring and posterior knee soreness.

Pistons’ Blake Griffin will not travel to Indiana while continuing a treatment and conditioning regimen for left hamstring and posterior knee soreness. pic.twitter.com/QIIlDFTl5T

The Oklahoma product will be reevaluated during the first week of November.

A native of Oklahoma City, Griffin heads into his 10th NBA season and third with the Pistons.

The first overall pick by the Los Angeles Clippers in the 2009 NBA Draft appeared in 75 games a season ago, averaging a career-high 24.5 points on .463 shooting, 7.5 boards and 5.4 assists over 35.0 minutes a night en route to a sixth All-Star appearance.

The Pistons open up their campaign on Wednesday night with a visit to the Indiana Pacers.