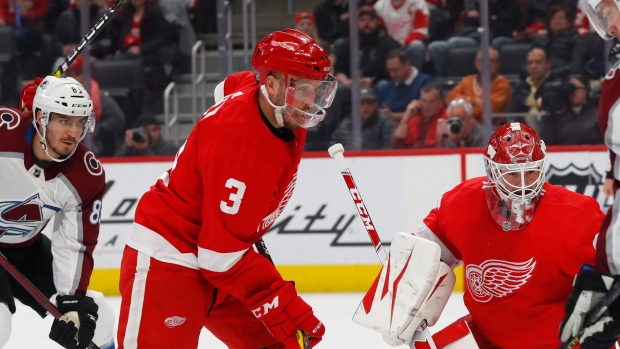 The team announced the move Monday. Biega was acquired by the Red Wings in an Oct. 6 trade with Vancouver. He has three points — all assists — in 48 games with Detroit this season.

Biega has played 227 games with Vancouver and Detroit since 2014-15. He has four goals and 35 assists in his NHL career.

Biega was originally drafted by the Buffalo Sabres in 2006.

The Red Wings host the Carolina Hurricanes on Tuesday night.