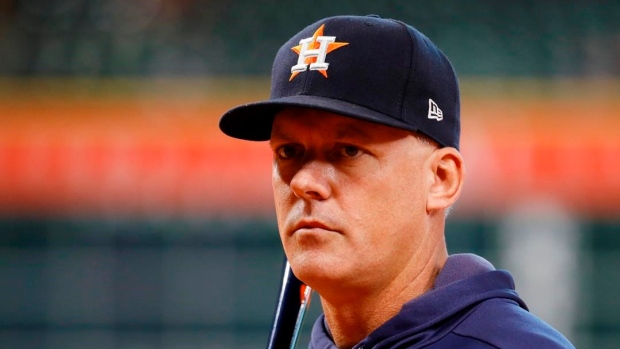 A.J. Hinch is back in baseball.

The Detroit Tigers named the 46-year-old former Houston Astros bench boss as the club's 39th manager on Friday with Hinch agreeing to a multi-year deal.

The Detroit Tigers today named A.J. Hinch as the 39th manager in franchise history, agreeing to terms on a multi-year contract. pic.twitter.com/AHALJU1wGw

Hinch spent five years as manager in Houston, going 481-329 in the regular-season and claimed a pair of American League pennants. He was fired shortly after his suspension by the league was announced.

At the age of 35, Hinch was named the manager of the Arizona Diamondbacks and spent parts of two season there in 2009 and 2010.

Hinch had a seven-year playing career as a catcher in the MLB and suited up 27 times for the Tigers in 2003.

His career also had stops in Oakland, Kansas City and Philadelphia.

Hinch succeeds Ron Gardenhire who retired in the final days of the 2020 season. He had been rumoured as a candidate for the Chicago White Sox managerial vacancy that was filled on Thursday by Tony La Russa.