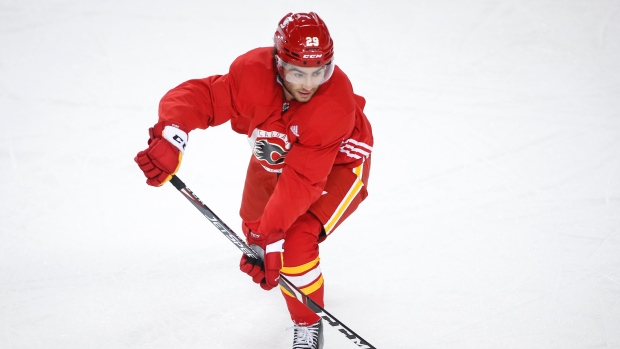 Calgary Flames general manager Brad Treliving told reporters Thursday that forward Dillon Dube is in concussion protocol and will not play for Team Canada at the upcoming World Hockey Championship in Latvia.

Dube sustained the injury in Wednesday's season-finale against the Vancouver Canucks, leaving the game after taking an elbow to the head.

Meanwhile, Treliving also told reporters that forward Josh Leivo sustained a broken thumb during the last week of the season. He also said defenceman Chris Tanev played through a couple broken ribs and a torn pectoral muscle for the final part of the season.

"I've never seen a guy play through anything like that," Treliving said of Tanev.

Over the final part of the season, Calgary Flames blueliner Chris Tanev played through a couple of broken ribs and a torn pectoral muscle.

"I've never seen a guy play through anything like that." https://t.co/6Dxl7NpArz

Calgary won 6-2 on Wednesday to end their season at 26-27-3, good for fifth place in the North Division.