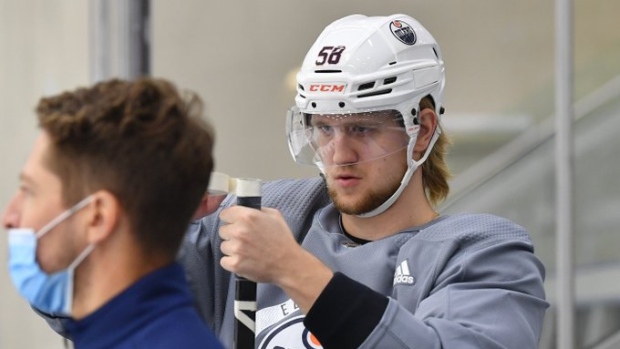 Edmonton Oilers defenceman prospect Dmitri Samorukov is expected to miss the next six weeks after breaking his jaw Saturday night against the Calgary Flames, the team announced on Sunday.

#Oilers d-man Dmitri Samorukov suffered a broken jaw during last night's game vs. Calgary. At this time, surgery is not required but he is expected to be out for six weeks.

Here's to a speedy recovery for Dima. pic.twitter.com/pV5LK4SgS9

Surgery is not required at this time, according to the Oilers.

Selected by Edmonton in the third round of the 2017 NHL Entry Draft, the 22-year-old Samorukov scored two goals and added six assists over 48 games with CSKA Moscow in the KHL last season.

The Russian has yet to make his NHL debut.