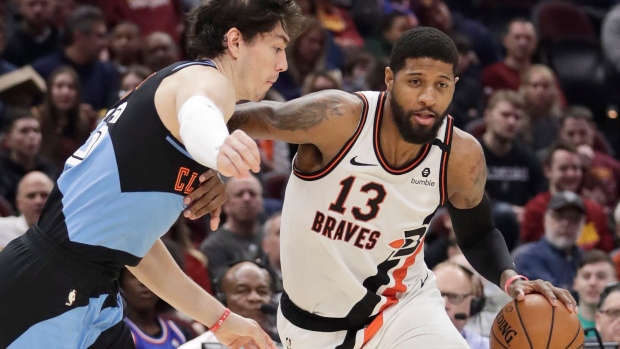 Los Angeles Clippers' star Paul George left Thursday's loss to the Boston Celtics with a hamstring injury and did not return.

Head coach Doc Rivers was asked by reporters after the game if he was worried about his superstar's recurring injury.

"Yeah I am," Rivers said. "I'm a little concerned about that one because that's the second time now, maybe third. Listen, I don't know what to do, but I know rest you have to do and we'll see."

George missed one game in early January with a hamstring injury and then another nine after briefly returning.

Rivers said George told him the issue "wasn't bad" but with Los Angeles not scheduled to play again until Feb. 22, the head coach said taking George out of the game a "no-brainer."

In 34 games so far this season with his new team, George is averaging 21.7 points per game to go along with 6.1 rebounds and 3.9 assists.

Los Angeles heads into the break at 37-18, good for third place in the Western Conference.