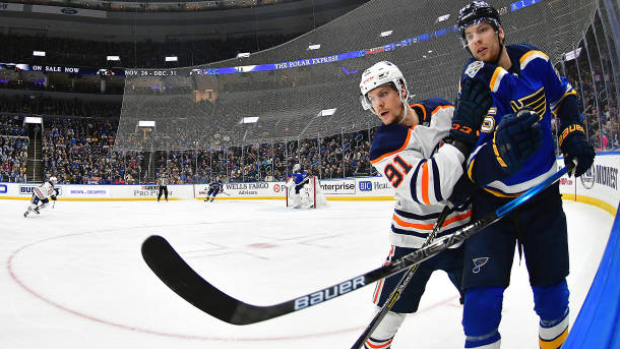 National Hockey League players should ensure they have a guarantee the league will cover the costs of any long-term medical issues that might arise if they contract COVID-19 before agreeing to return to play, a Toronto infectious disease specialist says.

Since its discovery in humans about five months ago, the COVID-19 virus has wreaked havoc in the bodies of some of the infected. Besides leaving some patients with permanently scarred lungs, others have been left with damaged kidneys, livers and hearts. There are reports COVID-19 can, in rare instances, infect the eyes, the gastrointestinal tract, and even the brain.

Even in young, fit pro athletes, it is hard to estimate the risks COVID-19 poses, said Dr. Andrew Morris, an infectious disease specialist at Mount Sinai Hospital in Toronto who has consulted Maple Leaf Sports and Entertainment on the virus.

Dr. Morris has this message for pro athletes weighing a return to the ice, court or field: make sure your leagues and teams commit in writing to covering the costs of medical care, including rehabilitation, hospitalization, prescriptions and counselling (patients on ventilators can suffer later from post-traumatic stress disorder, he says) for any players who contract COVID-19 during the course of their employment.

“Young athletes do not think about this stuff because think they are invincible, but every so often we see young, healthy people get very bad diseases, and this is no different,” Dr. Morris said in an interview with TSN. “It would be unusual for a healthy young athlete to get really sick with COVID and wind up in the ICU, but, hey, somebody wins the lottery, right?

“…They should want their health care and income insured, seeing that they are taking an additional risk, especially if residing in the U.S."

For pro athletes, the devil will be in the details of their collective labour agreements. In its most recent contract with its players, the National Basketball Association agreed to provide lifetime healthcare coverage. But the NHL doesn’t offer similar blanket protections.

Retired NHL players who have played at least 160 games have 120 days after their final game to buy into the league’s extended health care coverage. The price of that insurance can range between $12,000 and $33,000 (U.S.).

Players who do not have extended health care may not qualify to have certain prescriptions or rehabilitation covered, even under Canada’s provincial health care programs, Dr. Morris said.

To this point, a handful of pro athletes have contracted COVID-19, including five players from the Ottawa Senators and three with the Colorado Avalanche. All are believed to have recovered.

"I'm all down for starting everything up, let’s rock, but what if someone gets sick and dies? What happens? It’s awful to think about, but still,” Marner said. "[Montreal Canadiens forward Max] Domi has diabetes. If he gets it, he’s in one, bad.”

Dr. Morris says it’s impossible to conclude whether those who have contracted COVID-19 might develop health complications later in life.

“There’s so much about COVID we haven’t figured out yet,” he said. “It takes time to understand a virus when you don’t know what you’re looking for. We now know that loss of smell is a characteristic symptom in about 70 per cent of cases. But it took tens of thousands of cases over months where that was a consistent symptom for us to understand that.”

Dr. Mark Loeb, an infectious disease specialist from Hamilton General Hospital, agreed that COVID-19 primarily is fatal in the elderly and obese, but said there are still cases of young, fit people being affected by the virus.

"In one way, hockey players have won the genetic lottery,” he said. “But with COVID-19, anybody can die from it if you lose the genetic lottery. We can say that the risk to young, healthy athletes like NHL players is low. But no one can say with certainty that they are going to be safe. No one knows what the long-term implications are of this virus and no one knows, biologically, who is at risk or who is not. There's a belief that if someone has been exposed to COVID-19 and has antibodies that those people would be protected, but we don't even really know that for sure."

Several NHL player agents said they have concerns about ensuring the long-term health coverage of players.

“If something is not in writing then it isn’t real,” said Ian Pulver, an agent whose clients include Dallas Stars forward Tyler Seguin and Ottawa Senators defenceman Thomas Chabot. “My expectation is that the NHL and NHLPA will put in place a comprehensive medical plan to ensure players are protected from anything and everything that could occur, short or long term, from playing in this environment.”

NHLPA spokesman Jonathan Weatherdon wrote in an email to TSN that issues related to long-term healthcare coverage are "subject to a return to play agreement. The league and the NHLPA are currently engaged in discussions regarding this agreement."

Leagues and players in every sport are balancing the risks of returning to play against the massive loss of revenue that already has occurred as play has been postponed.

Abandoning the remainder of seasons outright would compound losses because television networks and ticket holders would need to be repaid.

If that happened in the NHL, for instance, the league’s revenue next season would also plummet, dramatically lowering the amount of money available to be shared with players.

Although his team is one of seven that won’t return if the NHL adopts a 24-team model to return to play, he’s thought about the potential long-term health risks while the season is on pause.

"It’s like trying to thread a needle,” Schneider said in a recent interview with TSN's Mark Masters. “There's so many logistical things and security things and health things, it's just there's lots of balls in the air. The unfortunate part is nobody can guarantee anything.

“I'm not as worried about getting it, but if I was to give it to someone in my family or my children or my wife or my parents, then that would be pretty devastating. So, you'd have to see what they're proposing in terms of testing and quarantining and, you know, can we see our families? Should we not see our families? That all plays into it too, because you don't necessarily want to be gone for three or four months during a pandemic when you need to take care of other people. So there's that responsibility as well.”

If the NHL follows through with a plan to reconvene and isolate players, coaches and staff in multiple “hub” cities, it will demand the commitment from players that they buy into the concept of isolating and immediately tell their teams if they are feeling ill.

Dr. Morris doubts either will happen.

“Will an athlete contact their agent first or look at his team’s schedule to see when they have a game next before disclosing to a team doctor that they are feeling unwell? If the answer to either is yes, you have a problem with your system,” Dr. Morris said.

Players advising teams about symptoms is critically important if the NHL hopes to pull off a would-be plan to keep players together for more than two months in a made-for-TV playoff tournament in empty arenas. That’s because teams and leagues cannot rely exclusively on COVID-19 test results since test kits have been producing false negative and positive tests roughly 25 per cent of the time, Dr. Morris said.

“We’re all high-end athletes and we rely on our lungs a lot out there, that’s part of our job, so we want to make sure that we are always top notch in that category,” he told TSN's Ryan Rishaug.

While Parayko believes players understand the severity of the situation and will be up front, he acknowledges it’s possible some might try to hide their symptoms.

“Hopefully if someone is feeling a little under the weather and are keeping it to themselves, you’re able to catch it through temperature or swabbing or whatever,” he said. “The testing is something that’s going to have to be implemented pretty closely and we’re going to have to be monitored pretty closely so we can make sure that it doesn’t affect a large group of people, hopefully none at all.”