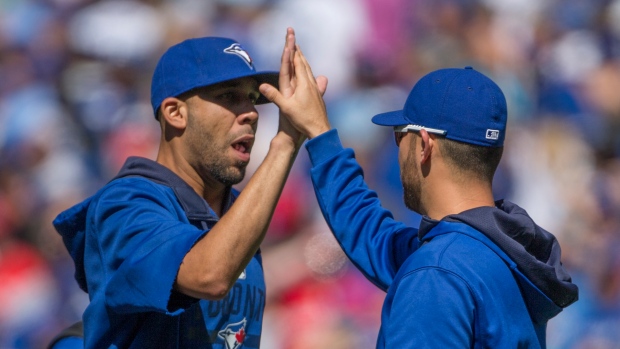 TORONTO - Third baseman Josh Donaldson and starting pitcher David Price of the Toronto Blue Jays were named the American League co-players of the week on Monday.

Price went 2-0 with a 0.60 earned-run average and 18 strikeouts in 15.0 innings pitched in his first two starts with the Blue Jays.

"can't believe I'm sharing that honor with "big daddy!!" He deserves it outright but I'm honored to say the least!" said Price from his verified Twitter account.

"haha I was going to say the same for you, but at the end of the day individual awards are nice rings are better!" said Donaldson.

Donaldson and Price have been instrumental in Toronto's eight-game win streak which has launched the Blue Jays in to an AL wild card spot. Toronto is now 1.5 games back of the AL East-leading New York Yankees.

This is Price's first career weekly honour and Donaldson's third, last winning earlier this season for the period ending May 31st.

Andrew McCutchen of the Pittsburgh Pirates was named National League player of the week.