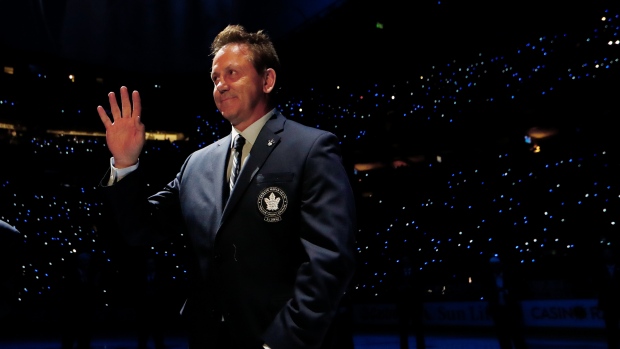 Doug Gilmour is returning to the Toronto Maple Leafs.

The former Maple Leafs captain announced Friday via an open letter in The Athletic that he is leaving his post as president of the OHL’s Kingston Frontenacs to join the NHL franchise as a community representative.

"I’m thrilled to be returning to Toronto in a formal capacity at a time when there is so much excitement for a team stacked with incredible talent," Gilmour wrote.

Gilmour, 56, spent the past 11 seasons with the Frontenacs, serving as head coach before being named general manager and later as president.

Gilmour played seven seasons with the Maple Leafs during his Hall of Fame career, serving as captain from 1994 to 1997. He worked with the team as a player development adviser from 2006 to 2008 and then joined the Toronto Marlies behind the bench as an assistant coach before going to Kingston.