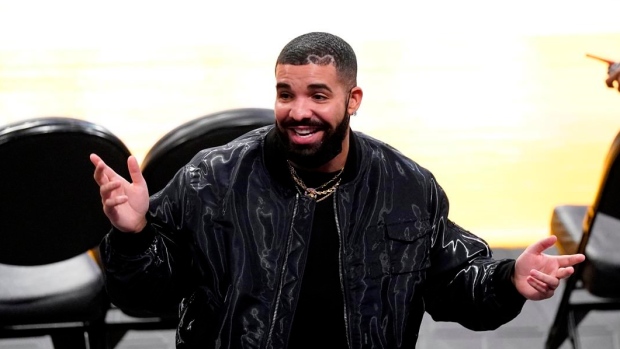 The nominations for the 2022 Grammys were revealed today, with some big names and rising stars being recognized for contributing to a phenomenal year for music.

In the rap genre, there’s certainly some heavy competition for the coveted Best Rap Album award, as Nas’ “King's Disease 2” and "Call Me If You Get Lost," by Tyler, the Creator were nominated, alongside J. Cole’s “The Off-Season." Of course, this list wouldn’t be complete without the two now-friendly hip-hop moguls and their respective projects in Drake with his album “Certified Lover Boy” and Kanye West’s “Donda”.

This year’s Grammy nominations for Best Rap Album. Which one was your favourite? 🤔 pic.twitter.com/2IOX1RSPfg

Of these albums, two of them boasted hits that were good enough to be nominated in the Best Rap Song category, including J. Cole’s “My Life” featuring 21 Savage and Morray as well as Kanye’s melodic “Jail” featuring Jay-Z.  J-Hova was also featured alongside Nas on the late rapper DMX’s track “Bath Salts” that was nominated. The duo of Saweetie and Doja Cat received a nomination for their hit “Best Friend” and Baby Keem continues to burst on the scene with a nomination for his track “Family Ties” featuring his cousin, Kendrick Lamar.

For the Album of the Year category, it appears as though Kanye has won the now-defunct feud with Drake as “Donda” received a nomination, alongside “We Are” by Jon Batiste, “Love For Sale” by Tony Bennett and Lady Gaga, “Happier Than Ever” by Billie Eilish, “Back Of My Mind” by H.E.R, Doja Cat’s “Planet Her (Deluxe)” and Taylor Swift’s “Evermore.”  Justin Bieber’s “Justice (Triple Chucks Deluxe)” has been a huge album this year that received a nomination alongside Lil Nas X’s absolutely dominating project “Montero”.  Olivia Rodrigo has also burst onto the music scene as her album “Sour” was nominated.

Naturally, a bunch of those albums feature songs that were nominated for the Song of the Year category, including “drivers licence” by Olivia Rodrigo, “Fight For You” by H.E.R., Billie Eilish’s “Happier Than Ever”, another ladies duo hit in Doja Cat’s “Kiss Me More” featuring SZA, Lil’s Nas X’s iconic “Montero (Call Me By Your Name)” and Justin Bieber’s massive hit “Peaches” feature Daniel Caesar and Giveon.  Also nominated were Ed Sheeran’s “Bad Habits”, “Leave The Door Open” by Silk Sonic and “A Beautiful Noise” by Alicia Keys featuring Brandi Carlile, who earned a nomination on her own right with her song “Right On Time”.

The stage is set for the 64th Annual Grammy Awards as the event takes place on January 31, 2022 at Staples Center in Los Angeles, which will then be known as Crypto.com Arena.