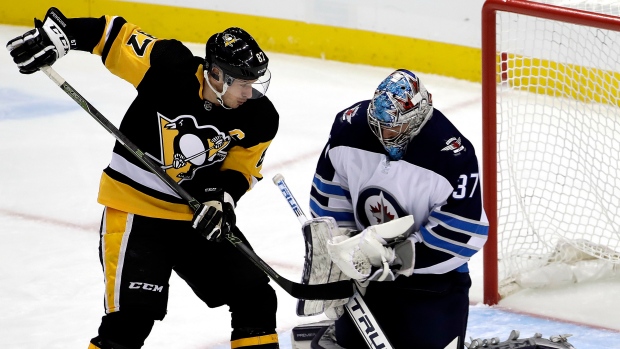 TSN Hockey Insider Darren Dreger has relocated the ‘Dreger Cafe’ from the World Hockey Championship to his home to bring you the latest from some of the game's prominent personalities.

Here are a three key topics from their discussion:

Darren Dreger: If you're not training, what is it that you're doing to try and occupy part of your day?

Sidney Crosby: A lot of these kind of calls and FaceTime. That kind of thing. I know our team has done meetings once a week just to keep everyone in the loop and obviously keep in touch that way as best we can. Training in the morning and we've had a lot of different ideas as far as when things might start up and that kind of thing. Just kind of waiting around and trying to stay active as much as possible.

Dreger: Is it okay to go with a 24-team playoff format as long as you're playing four rounds of the playoffs and not a NCAA tournament type of format?

Crosby: I'd prefer that. There's so many factors, right. The safety of players is No. 1 and if you're able to establish that then you want to keep the integrity of what the playoffs have been for a long, long time. It's difficult to win the Stanley Cup and you want to win it the right way and that's four best four-out-of-seven series, so that's how we know it. In a time like this, we're all open to ideas and formats and things like that, but you hope we can keep that.

Dreger: Very soon after the tragic mass shooting in Nova Scotia, you were quick to post a video. Was that important to you? To do whatever you could do to reach out to the victims' families.

Crosby: Yeah, definitely. You see terrible things happen all the time. You never think it's going to happen where you live. And you hear that all the time from people who go through things like that, but to see that happen, you never expect that. It's a pretty tight-knit community and I know that everyone is trying to do whatever they could to support and I just wanted to be able to show mine anyway I could. It's tough to see and everyone is doing their best to rally around one another.