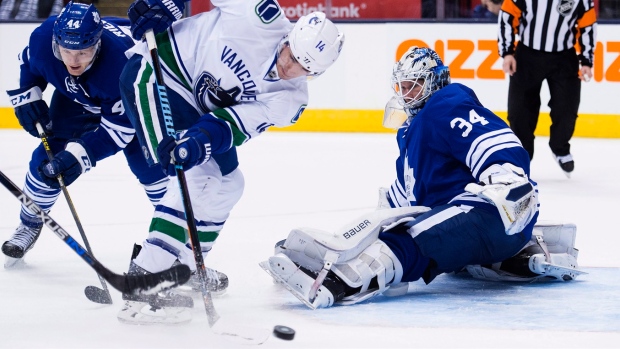 Duchene led the NHL with four goals and eight points to help the Avalanche begin their season-long, seven-game road trip with three straight wins. He had a pair of three-point games — two goals and an assist in a 4-0 win over Philadelphia on Tuesday and a goal and two assists in a 6-1 triumph over Montreal on Friday.

Zuccarello had two goals and five assists in four games to help the league-leading Rangers extend their winning streak to nine games.

Reimer went 3-0-0 with a 1.62 goals-against average and .952 save percentage to backstop the Maple Leafs to three wins in four games.