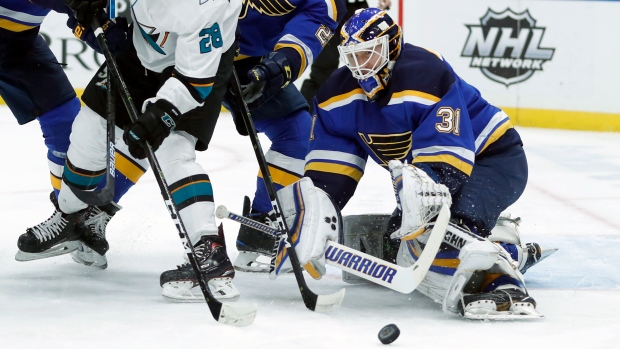 The Ducks announced the move shortly before revealing Tuesday that backup goalie Ryan Miller will be out for about six weeks with a sprained knee ligament.

Anaheim also says forward Rickard Rakell is out indefinitely with a sprained ankle. The club doesn't know when he will return.

Johnson has appeared in 183 games with six NHL franchises over the past decade. He went 2-6-0 with a 3.54 goals-against average and a .884 save percentage in 10 games this season with the Blues, who signed him as a free agent in July.

Miller was hurt in a collision with several players during the Ducks' game against New Jersey on Sunday. He will be re-evaluated in two weeks.

Rakell has scored five goals in a slow start to this season after scoring 67 combined goals over the previous two years.