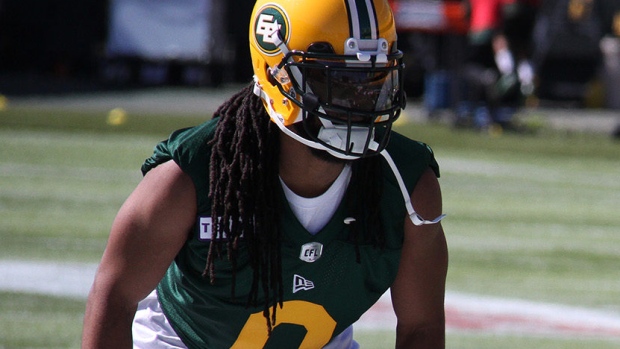 The Edmonton Eskimos will be without two key defenders for an extended period of time after they placed cornerback Anthony Orange and cover linebacker Don Unamba on the six-game injured list.

The Eskimos made the move ahead of Friday's tilt against MIke Reilly and the BC Lions.

Both Orange and Unamba played in the Eskimos' Week 1 win over the Montreal Alouettes.

According to the Edmonton Sun's Gerry Moddejonge, Orange practised just one game this week. Unamba was injured in the win over the Alouettes.

Orange and Unamba were part of the Eskimos' big free agent haul this off-season. Both players were named CFL All-Stars last year.

The Eskimos will welcome back receiver DaVaris Daniels, who missed Week 1 with an injury. Daniels will back up Kenny Stafford at wide receiver.