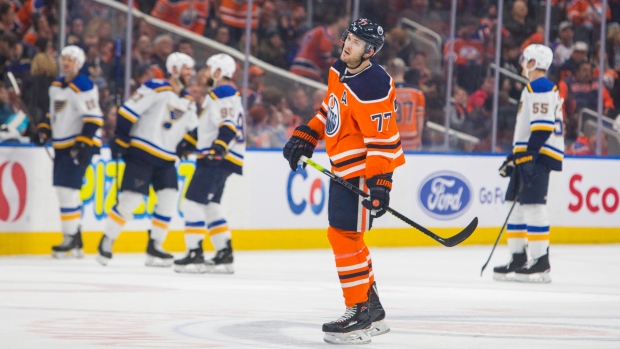 Edmonton Oilers president and general manager Ken Holland announced that defenceman Oscar Klefbom will miss the entire 2020-21 season because of a shoulder injury.

#Oilers GM & President of Hockey Ops Ken Holland tells @Bob_Stauffer on @OilersNow defenceman Oscar Klefbom is officially out for the 2020-21 season & is hoping to be ready for the start of the 2021-22 campaign.

Holland said in early October that Klefbom has been playing with an injured shoulder for years and there was concern he may miss a large portion -- if not all -- of the 2020-21 season.

Holland added that the blueliner is still weighing whether or not to have surgery and is hoping to be ready for the start of the 2021-22 campaign.

Last season was the 27-year-old's seventh in Edmonton since being selected No. 19 in the 2011 NHL Draft.

Prior to his time in the NHL, Klefbom spent three seasons with Farjestads BK Karlstad of the Swedish Elite League.